Prayer, love, compassion and brotherhood . . . from the finest of a very fine profession.

Maybe it’s gratuitous and needlessly provocative to tease this story in the way I did. I thought about it. But I don’t think so, and here’s why: Dishonest politicians, malevolent activists and irresponsible journalists are peddling the narrative, pretty much on a daily basis, that police officers throughout America are systematically engaging in the racist brutalization of black people. This narrative is despicable. It takes a tiny handful of incidents - the majority of which are completely misrepresented - and spins it into a nationwide epidemic that simply isn’t happening.

One result of this crime against the truth is that black men, who trust the people they’re hearing from, have become terrified for their safety every time they encounter the police. Their fear is real and sincere, but it’s entirely unfounded because it’s based on a lie. 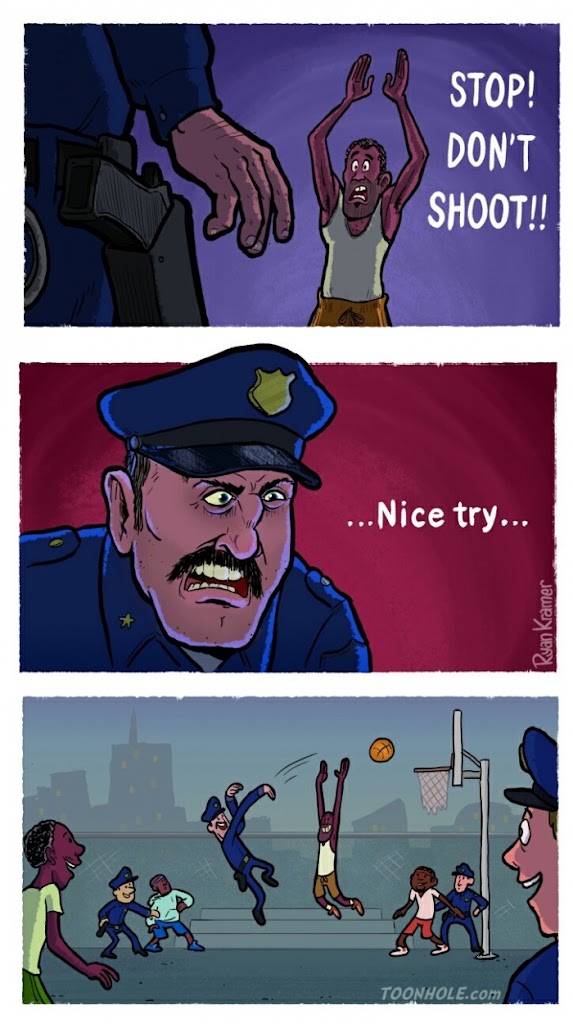 They did shoot him after he beat the cop.