Philadelphia Eagles wide receiver DeSean Jackson was accused of anti-Semitism on Monday for promoting quotes attributed to Adolph Hitler on his social media.

Jackson highlighted three paragraphs from a book that attributed the quotes to Hitler. He posted the picture of the highlighted passages to his Instagram.

“Hitler said, ‘because the white Jews knows [sic] that the Negros are the real Children of Israel and to keep Americas secret the Jews will black mail America.

‘The will extort America, their pan to world domination won’t work if the Negroes know who they were.

‘The white citizens of America will be terrified to know that all this time they’ve been mistreating and discriminating and lynching Children of Israel.’”

You want to know where the epicenter of racism in America is? Look into the NBA or NFL.

Racism is just the start.

His crazed rants are proof of the adage that those who believe in nothing will believe anything.

23 posted on 07/07/2020 5:57:40 AM PDT by laconic
[ Post Reply | Private Reply | To 18 | View Replies]
To: Kid Shelleen
Yes, radical Democrats are getting excited. This woman has been trying to incite random violence against white women in general. And she doesn't care, if Democrat white women are attacked as a result of her call to violence.

DeSean Jackson is an ignorant, low-IQ Negro. His education is representative of modern communist government indoctrination camps - Long Beach Polytechnic High School (where he learned a trade typical of young Negros in America - football) and University of California, Berkeley (where he learned about being a useful idiot). He was unable to pass his college courses so he entered the NFL after his third year. To this day, he is unable to speak or write a coherent sentence. Millions of Negro yuts look up to him as a role model. He’s the model player of the Negro Football League (NFL), and he’ll be broke in ten years after being injured or retiring.

Those are not Hitler quotes. Hitler was a skilled public speaker who would not have made that many grammatical errors.

Now, if a white guy said something like this....imagine the outcry. 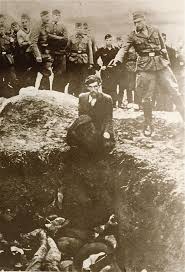 Racism is cool if not against blacks, yo. /s

Forget the grammatical errors, Hitler was not a lover of blacks.

Lol, no that won’t work. They think that the people we call Jews are “fake Jews” and that blacks are the “real Jews”. So since Jesus was a “real Jew” he would still be black.