(1) A Special Counsel shall be provided all appropriate resources by the Department of Justice. Within the first 60 days of his or her appointment, the Special Counsel shall develop a proposed budget for the current fiscal year with the assistance of the Justice Management Division for the Attorney General's review and approval. Based on the proposal, the Attorney General shall establish a budget for the operations of the Special Counsel. The budget shall include a request for assignment of personnel, with a description of the qualifications needed.

(b)Notification of significant events. The Special Counsel shall notify the Attorney General of events in the course of his or her investigation in conformity with the Departmental guidelines with respect to Urgent Reports.

(c)Closing documentation. At the conclusion of the Special Counsel's work, he or she shall provide the Attorney General with a confidential report explaining the prosecution or declination decisions reached by the Special Counsel.

§ 600.9 Notification and reports by the Attorney General. (a) The Attorney General will notify the Chairman and Ranking Minority Member of the Judiciary Committees of each House of Congress, with an explanation for each action -

(1) Upon appointing a Special Counsel;

(2) Upon removing any Special Counsel; and

(3) Upon conclusion of the Special Counsels investigation, including, to the extent consistent with applicable law, a description and explanation of instances (if any) in which the Attorney General concluded that a proposed action by a Special Counsel was so inappropriate or unwarranted under established Departmental practices that it should not be pursued.

(c) The Attorney General may determine that public release of these reports would be in the public interest, to the extent that release would comply with applicable legal restrictions. All other releases of information by any Department of Justice employee, including the Special Counsel and staff, concerning matters handled by Special Counsels shall be governed by the generally applicable Departmental guidelines concerning public comment with respect to any criminal investigation, and relevant law.

Next up, I will look for the regulation that unless there are indictments, evidence and damning info shall not be released, counter to what Comey did in the Hillary email case.

One place to look is the letter that [RR] wrote to POTUS justifying [JC] termination - one of the rationale presented was that the F_I shouldn’t release info at all and the D_J shouldn’t have allowed release of anything that wasn’t supported in litigation.

Thanks again both of you for all you do. Excellent work!!

I had to walk away for awhile after those last Q drops. Glad to be back on such a positive note.

Special Counsel Robert Mueller is reportedly planning to issue his criminal investigative report shortly after the elections, but a legal minefield may prevent the public from ever finding out what he uncovered, and that might be one of the reasons he would feel compelled to go through with an indictment after all.

Many politicians and pundits are opining that the public may never know the truth about possible wrongdoings by President Donald Trump until they read Mueller’s report, but most don’t realize how unlikely the public release of any such report is.

Mueller is bound by current Justice Department [DoJ] regulations which make any release – much less a release to the public – of any such report very unlikely.

So Mueller may have to obtain an indictment against Trump, and include the details of his alleged wrongdoing in the text of the indictment, for this information to become public.

Indeed, unless Deputy Attorney General Rod Rosenstein changes the regulations to permit the release of any such report to the public, an indictment may be the only way for Mueller to insure that the information sees the light of day. Those who claim to favor the release of any such report should urge Rosenstein to change the DoJ regulations now to make this possible.

Many people no doubt expect that Mueller will release a report upon the conclusion of his investigation, since Kenneth Starr released to the public a lengthy report of evidence allegedly amounting to “substantial and credible information that President William Jefferson Clinton committed acts that may constitute grounds for an impeachment” when he ended his investigation.

This report did, of course, lead to Clinton’s impeachment, although the Senate refused to go along and to convict him.

But Starr was able to do this only because he had been appointed independent counsel under a statute which not only permitted but required that he submit to Congress a report if he found any “evidence which might warrant impeachment”; a very broad and vaguely defined category of offenses which might not even constitute crimes, much less crimes which could be proven beyond a reasonable doubt in a court of law.

These DoJ regulations do not require or even permit a public report from Mueller. Instead, they make it very difficult for any such findings to become public.

The DoJ regulations, specifically Section 600.8, requires the special counsel to provide a “confidential report explaining the prosecution or declination decisions reached by the Special Counsel,” but only to the Attorney General. In this situation, since AG Jeff Sessions has recused himself from anything involving the Russian probe, that “confidential report” would presumably go only to Rosenstein.

Moreover, if Mueller does find that impeachment should be considered – technically that “other governmental action outside the criminal justice system might be appropriate” – he may “consult [ONLY] with the Attorney General with respect to the appropriate component to take any necessary action.”

But it’s not clear that Rosenstein, who was appointed by Trump, and who has been under very strong pressure from the President, would release the report, especially since the law doesn’t require him to do so. If he does want to, however, any such release must “comply with applicable legal restrictions.”

One of those restrictions is that evidence obtained through the grand jury mechanism generally cannot be disclosed. But, since it appears that most of whatever evidence Mueller may have obtained regarding Trump came to him through the grand jury, a report from Mueller from which any such evidence was removed or redacted would probably be very empty and of only limited value.

In addition, much of the other evidence Mueller is likely to have – including FISA warrants, NSA intercepts, data from intelligence agencies, etc. – is likely to be classified. Such information might, under some circumstances, be disclosed to some members of Congress who have been given an appropriate security clearance, but this is a far cry from releasing it to the general public.

In summary, unlike Starr and other independent counsel, if Mueller does have evidence showing that Trump committed crimes or engaged in other activities which might warrant impeachment, he has no easy way to present this information to the entire Congress, much less to the American people.

One way, of course, would be to obtain from the grand jury an indictment of the President.

Presumably any such indictment would be a “speaking indictment”; a term used to describe a lengthy and detained indictment document which contains far more facts and allegation than the law requires.

Indeed, since a number of the indictments Mueller has obtained and made public so far are speaking indictments, it is clear that Mueller and his band of skilled prosecutors is well aware of how such unnecessarily detailed indictments can be used to transmit information to the public for a variety of purposes.

Thus, good examples of Mueller’s skill and preference in using speaking indictments are those obtained against 13 Russians. These Russians, of course, are unlikely to ever be brought to trial, but Mueller was able to provide to the public – for whatever reasons – a great deal of factual information, which otherwise would have remained secret. by including it in these unnecessarily detailed documents.

So if Mueller feels that he has information about wrongdoing by Trump which Congress and/or the public should know, he may be forced to reveal it by obtaining an indictment against Trump, and including within it the information he has, even if it was not necessary for all the information to be in there.

There is a division of opinion among legal authorities as to whether a sitting president can be indicted. But prosecutors, faced with legal uncertainties about their powers and/or the soundness of new legal theories, are generally urged not to surrender such weapons by not using them, but rather to attempt to use them – thereby permitting a court to make an impartial determination about untested legal theories.

So here Mueller might seek to assert his ability to indict a sitting president – perhaps postponing any trial until after Trump has left office – and let a judge decide whether such an indictment is legally possible. Even if a judge rules against him on this issue, the information may still have been irrevocably released to the public.

Also, Mueller can deflect criticism by putting the responsibility on the grand jury.

The other way to help insure that such information can be shared with Congress and/or the public is for Rosenstein to amend the DoJ regulations – a step he can take by himself which does not require action by Congress – to permit or even to require Mueller to make a report to Congress and/or to the public.

Congress itself, may, of course, achieve the same result via legislation, but it is very doubtful that a Republican controlled Congress would vote to override a likely veto of any such legislation by Trump.

JOHN F. BANZHAF III is a Professor of Public Interest Law at George Washington University Law School. A version of this post first appeared on Law&Crime in March.

This is an opinion piece. The views expressed in this article are those of just the author.

This entire colonoscopy may help prove that the Democrats were counting on the fact that the Mueller Report would be the tax-payer-funded oppo research that would benefit the Democrats for the 2020 elections. Perhaps, not so much. (Insert the sound of sad trmobone.....) 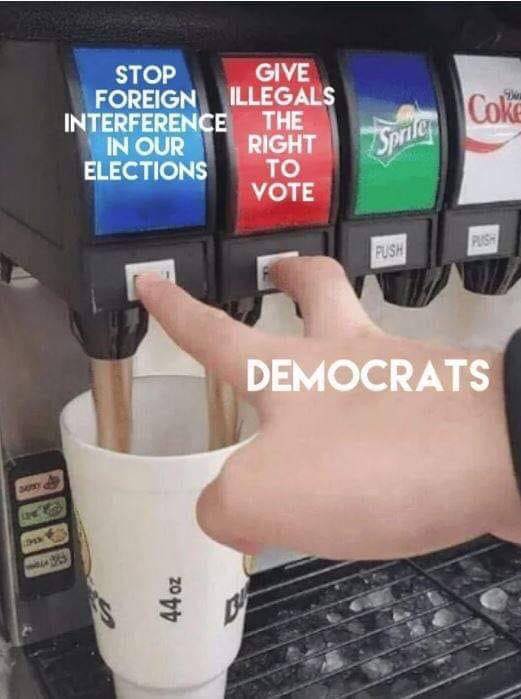 OH MY! That would be the next level in the ultimate reveal. I forgot that one. If that happens then it's going to be major PAIN. The con within the con within the con. Catherine Herridge on FNC saying that people should be paying attention to the parallel investigations including leaks + FISA.

DO NOT TRUST THE FAKE NEWS MEDIA.
YOU ARE THE MAJORITY.
MUELLER > DECLAS > OIG > TRUTH > JUSTICE
THE GREAT AWAKENING.
YOU ARE THE NEWS NOW.
Q

LIVE: Chuck Schumer demanding the release of the Mule report and that the WH not get to see it. “The watchword is transparency”. Oh goodie! :) 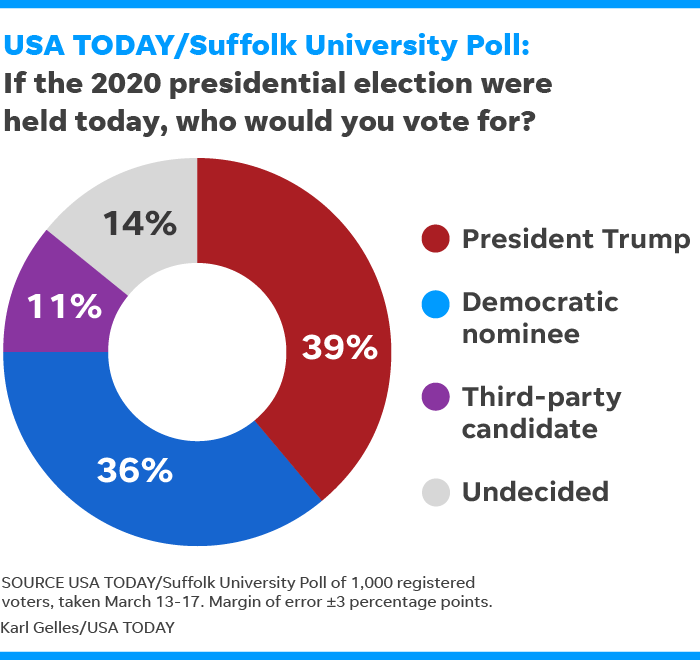