Lol, ah yes he knew it all along never had any doubt.

Texokie, you done good. No, make that GREAT!
Not every dig ends with a gold mine. Sometimes it’s just dirt

~ ~ ~ ~ ~ ~
OH Marine, thank you so very much for the kind and encouraging words. No, this one was not a gold mine at all! LOL! More like a mine of ancient doggie coprolites! And does it smell! LOL!

I will say this for the error. Perhaps I’ve been able to be the 3 year old toddler for us here on this thread, who publicly burned all ten digits with great drama on the FAKE NEWS WEB SITE SOURCE “REAL TRUE NEWS” burning stove.

LOL! It ain’t real and it ain’t true! They say so themselves!

[I refrained from saying so earlier, but that egg that was on my face was ROTTEN! Whew!]

Again, USMC79to83 I appreciate your more than generous words!

I found some Qanon posts that mention GEO/T . Ideas anyone? This is freaking me out after a talking head mentioned they were going trout fishing in a Tennessee River. 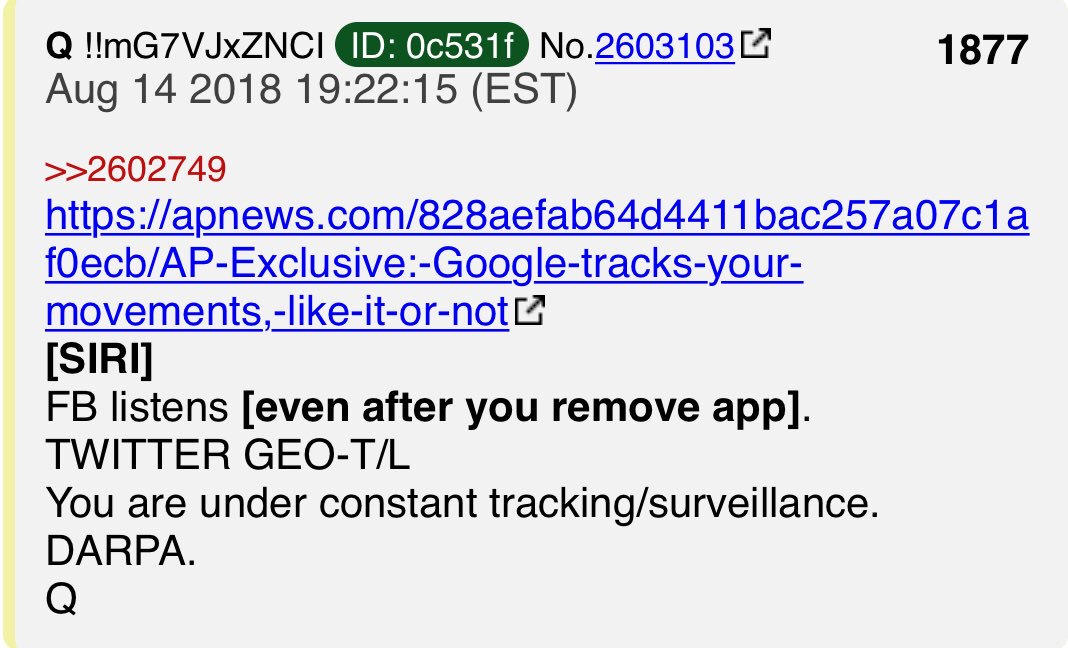 Donna Brasil has decide this report means only one important thing...the President must protect this country. She’s drunk!

The report clearly says “no collusion” and it’s so darn funny how these idiot reporters on ABC Spews are desperately trying to spin this against the President. The Schadenfreude is most excellent watching these mediots. 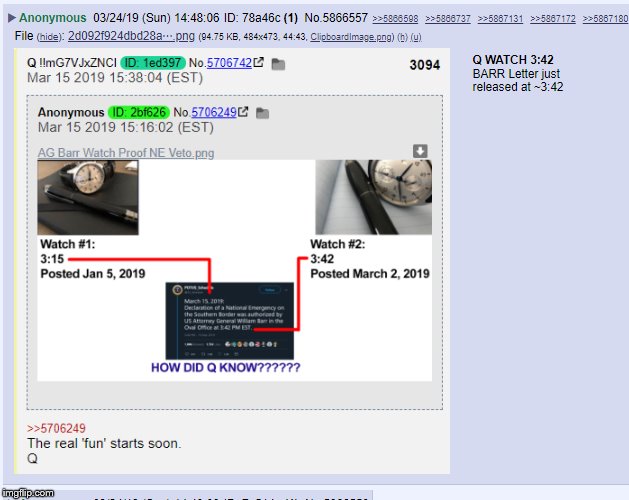 "The Special Counsel's investigation did not find that the Trump campaign or anyone associated with it conspired or coordinated with Russia and its efforts to influence the 2016 U.S. presidential election.'

My wife is about to begin her yearly foray into pyszanki for friends and acquaintances; it IS Lent after all. 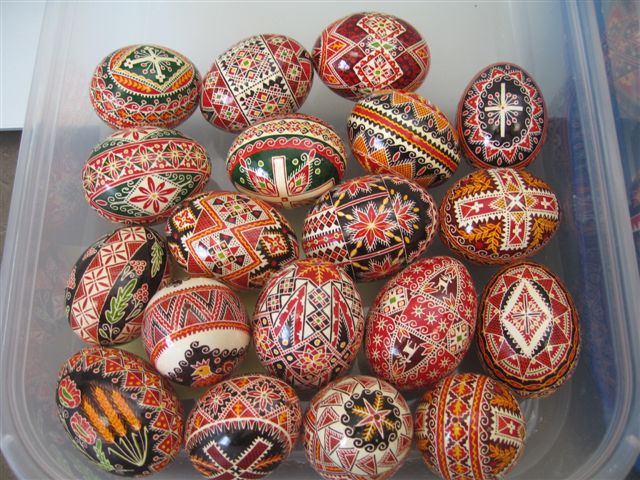 Typically, she makes them without blowing them out as, over time, eggs will dry out. But...on warm summer days, they have been known to decompose so quickly that the shells crack from the gas-pressure. Many is the time we've come home from church in the summer and wondered if a skunk had wandered in thru the cat door!

Pan Pan Pan is also the term used in the skies over Florida and S Alabama for simulated emergencies in Navy flight school. While the call used in ordered emergencies are supposed to just be over the intercom system (ICS), a harder pull on the switch would send them over the air. To avoid ATC and others from responding should the student ‘exceed his detent’, Pan pan pan told everyone it was simulated. In 16 years, never heard it for real. Mayday on the other hand is action stations.

>>her yearly foray into pyszanki

Absolutely stunned by their beauty. Please pass on my thrilled complements.

~ ~ ~ ~ ~
smileyface:
In full disclosure, I posted links to the same MP/PR video and scrib article on March 19 http://www.freerepublic.com/focus/chat/3735167/posts?page=1644#1644
WITH a comment asking about familiarity about the sources.

FOLLOWING IS SMILELYFACE AND DEFIANT’s POSTS:

Pence Ryan Coup Email
Uploaded by RealTrueNews
An email from one of the project manager of a website Pence-Ryan 2016 campaign ticket that was called off after Trump won his second debate. Obtained by RealTrueNews.orgFull description

Based on what was happening at the time, it is probably not surprising, but Trump would not be happy with Pence if it is true. He might even dump him in 2020 if it is true. It would only be acceptable to me were I Trump if Pence was honest about it and told him at the time that these discussions were going on in the event Trump chose to step down. But doing it behind his back...that would be concerning in an environment where the DS has been looking for a way to complete a coup.

Both of you were much more cautious than I was. I wasn’t ALL in, but admit to being swayed. I congratulate both of you for level headedness.

Well, as far as I’m concerned, we now have resolved the particular mystery of “who is ‘RealTrueNews?’”

They are only one of the pitfalls we are challenged to discern as we take on collectively the mantle Q has placed on us, “You are the news.”

So Mueller and Rosenstein shown to be whitehats?

They are trying to tempt Barr into “Poisoning the Evidence Tree” so that any actions coming from DOJ/FBI can be called tainted with “ Evidenciary Fruit from a Poisoned Tree” and therefore inadmissable as well as any other connected evidence!

"Deputy Attorney General Rod Rosenstein and I have concluded that the evidence developed during the Special Counsel's investigation is not sufficient to establish that the President committed an obstruction-of-justice offense."

Of course the deluded dems will make up new lies and claim that the report is a fraud because Mueller and Rosenstein are Republicans.

>.So Mueller and Rosenstein shown to be whitehats?

Thank you, Typelouder. You are very kind and generous. I so appreciate the encouragement.

I am now to the stage of being grateful that we have located and identified a fake news troll source who knowingly puts out false things conservatives would fall for. I’m also at the stage where I can find some humor in it, but the lesson is strongly brought home:

Reporting reliable news is a serious business, and requires care and vigilance. I think most of us here have that, and I’m grateful to be a part of this wonderful group of FReeQs!

Somebody read it to me. My peepers ain't cuttin' it.