Recent accusations that you harbor anti-Semitic and other mentally deficient thoughts are fairly believable, although I don’t know much at all about you because your posts are not concise enough for me to want to read them.

Any example of using deception for immoral reasons can ultimately be shown to be an example of stupidity.

Be a man and come clean about it, but more to the point, let go of the stupidity.

Funny, sad and true all in one shot!

FORT BENNING, GA (WTVM) - After multiple soldiers have been diagnosed with serious strep infections, Fort Benning is putting preventative measures in place to keep the illness from spreading.

The Army base says there have been four cases of complications from strep within the basic training population.

They are characterizing the cases as a cluster and not an epidemic.

To prevent the illness from spreading, all basic training soldiers and cadre will receive antibiotics in accordance with guidelines presented by the CDC and the Army Surgeon General.

There are no soldiers in isolation at this time.
Training is said to be continuing as planned while healthcare professional continue monitoring the overall health of the whole trainee population.

:: bigfoots mating in the Hiawatha ::

Common Strep Bacteria May Be Morphing Into ‘Superbug’

Doctors warn that a garden-variety type of bacteria, which is normally present in the human intestinal tract, may be morphing into a tough-to-treat superbug.

A new report from physicians in New York, New Mexico and the U.S. Centers for Disease Control and Prevention describes the cases of two patients with group B streptococcus infections that turned out to be resistant to vancomycin, often considered an antibiotic of last resort.

In the past, group B strep infections were relatively easy to subdue because the bacteria were vulnerable to penicillin and other common antibiotics.

“Every time there is information about another genus, species or strain of bacteria showing resistance to yet another class of antibiotic, that’s bad news because it means that yet another antibiotic weapon is about to become useless,” said Elizabeth Scott, co-director for the Center for Hygiene and Health in Home and Community at Simmons College in Boston.

In the new cases, reported in a letter in the Feb. 27 issue of the New England Journal of Medicine, both patients were infected by strains of strep B that had acquired a gene that gives protection against vancomycin.

Doctors usually reserve vancomycin for use in cases when other antibiotics have failed.

“Although the report is for only two cases, they were unrelated, indicating that the bacterial genetic mutation is popping up in different locations or spreading rapidly,” said Scott, who was not involved in the research.

Further testing showed that beyond vancomycin, the bacteria were impervious to other classes of antibiotics as well.

Strep B bacteria are a leading cause of meningitis and bloodstream infections. About one in four pregnant women carries the bacteria, which can cause life-threatening infections in newborns. Strep B is also a common cause of joint and skin infections in the elderly and those with compromised immune systems, according to the CDC.

Dr. Connie Park, an infectious disease fellow at Montefiore Medical Center in New York City, took care of the New York patient. She was an 82-year-old woman with diabetes who developed a step B infection of her ankle joint after surgery to repair a fracture.

The infection eventually spread to her bloodstream. After more surgery to drain and clean the wound and a change of antibiotics — from vancomycin to another strong drug called linezolid — she eventually recovered.

The second patient, a New Mexico man, 48, who was on dialysis because of kidney disease, developed a bloodstream infection from strep B that spread from a skin wound. When doctors cultured the bacteria, they discovered it was resistant to vancomycin. He, too, recovered from his infection.

The two patients had no apparent connection, suggesting that resistance arose separately.

“I think we don’t know yet how remarkable something like this will be. I think it is another commentary on how our antibiotic resistance is evolving. This could be a problem in the future if we run out of more options than we have now,” Park said.

Another expert, who was not involved in the treatment of either patient, agreed that the cases are important warnings to other physicians.

“These bacteria were multidrug-resistant, and two separate events occurred,” said Dr. Stuart Levy, director of the center of adaptation genetics and drug resistance at Tufts University School of Medicine in Boston. “It shows this could be occurring elsewhere, and alerts you that the drug of last resort, vancomycin, is clearly losing its power.”

Levy stressed the importance of the findings. “Infectious disease specialists need to know this could be cropping up and may be a reason for the failure of treatment,” he said.

(Q, 2017) "There will be a day (within the next few months) that a scary but safe personalized message finds its way to you on multiple platforms recognizing your contributions."

THIS WOULD BE SO COOL... 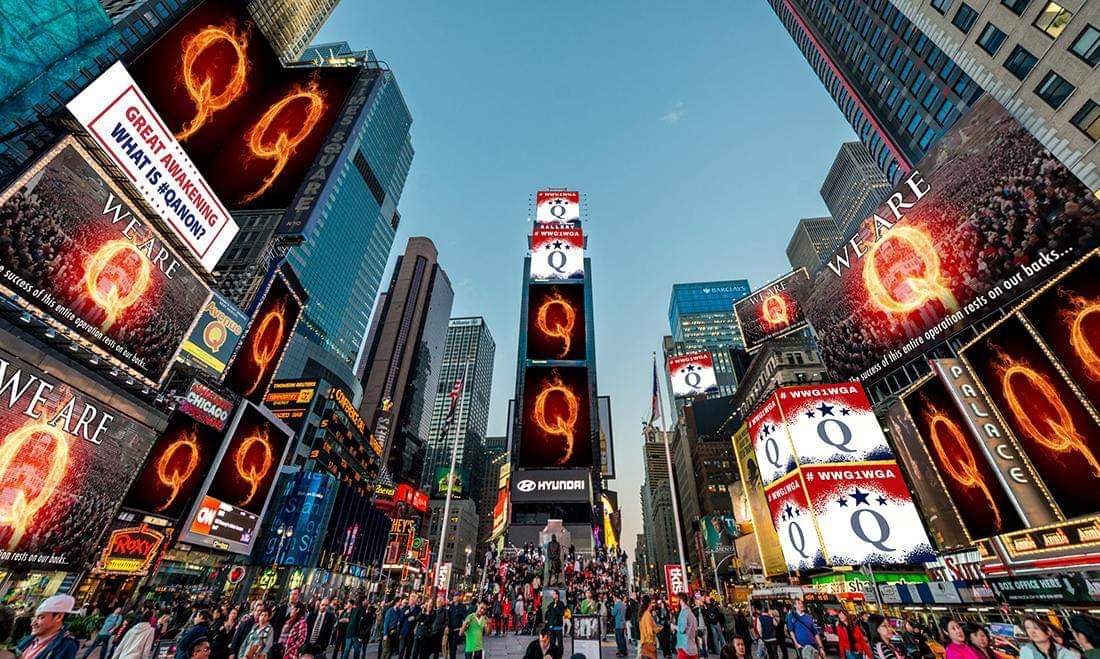 Is this unsettling report connected to the extraction in LA? Was it Ft Benning soldiers?

Is this yours? It's brilliant!

better explanation in Q drop 1010 ? but i still haven’t figure out the genesis of it...

Hearts, Minds, and Ebola: The US Army Drops In On Liberia

The search results said this article was 4 months old but it is from 2014, I think.

I was SURE I read something within the last six months to a year about US Army going over to Africa to help with the latest outbreak.

I am unable to find an article from that time frame anymore.

Anyone else remember a recent ebola mission besides me?

Thank you. I didn’t know that strep throat was so catching. Or is it?

So... I’m guessing you weren’t an art history major...

That chemistry explanation went so far over my head I saw contrails ...

You are a smart fella, I’m thinking.

Hmm, I didn’t follow the ins and outs of the LA “exercises/training” and real ops.

Hopefully your or others know more about this; such as which military from where was doing all that stuff.

I was sure I read something recent-like within the last six months-about Army going to Africa to assist with the ebola mess but all I can find now are four or five year old articles.

Oh My now the brothers are saying they were the sources of Smolletts drugs…
good lord
twitter.com/RealMattCouch/status/1098677523431469056

I saw a picture with Pres. Trump in a SCIF here:

There are no laptops or phones in sight.
Are those things forbidden ?
do they have signal jamming going on ?