Thanks, Easy! I’ll save it in my file.

maybe this info is why the dems were so ‘unsuccessful’ in overcoming the Turtle and naming a replacement after Scalia..they were shown the intel....

Maybe so. Thanks for posting the images.

Thanks for bringing the images over.

The reason Trump tweeted ‘Countrty’ and why this extra T is explosive.

Also ties in RBG, Comey, Schumer and other tweets.

No sign of night shift. Me too. I’m whipped. Shoveled snow today and muscles are sore. Got to lay down.

Oh, that’s interesting. A week before his untimely passing...

that Pelosi wasn’t on that bus. which means neither were her kids or grandkids. Has 5 children and 8 grandchildren, according to Wiki. Then there’d be some spouses, some of her children are 40’s and 50’s, some grandchildren may be married.

Mid 2017, NetWorth website said Nancy had a net worth of 140 Million, but Q has said in the past that these people have MUCH hidden money. She could have chartered her own jet....

Within 30 minutes of Enigo54’s news break that Pelosi’s junket had been canceled, I read an analysts Twitter thread (don’t know which one) which included a tweet saying “Ha ha ha! Nancy was already at the airport when her trip was cancled!”

There are a lot of reasons she might want to avoid the bus - here are some:

a) a limo is nicer. If she took all those family members, several limos are nicer - she has such a massive slush fund she can afford it.

b) she was nervous about being seen leaving during the shutdown and wanted to avoid cameras. And that worked - NOT ONE PHOTO of her at the airport, or going to the airport. But, this might be a military airport so there’s that....

c) She was taking all her children and grandchildren and didn’t want to be seen “filling the bus” with them because she’d already been busted for abusing Air Force government travel in the past.

d) She was taking so many family members that fitting everyone’s luggage (in addition to Nan’s) was a potential problem.

e) she was lying low, really worried she’d be stopped if POTUS or other higher ups got word she was heading out of town (maybe taking family was her “cover)

3. Paul Pelosi, Jr.: 49 years old
(Co-Founder, for awhile, was President, COO of Natural Blue Resources, hiding the fact that the company was actually controlled by 2 people convicted of fraud. The FEC article was dated July, 2014. Nancy Pelosi owned over 10 million shares in the company in 2009.
I found a Dec 2018 legal filing - looks like no action taken until POTUS took office?
https://www.sec.gov/litigation/admin/2018/33-10598.pdf)

Unknown if Paul Jr. is married or has children. No mention of it.

4. Jacqueline Pelosi: 55 yrs
No info - in fact, Net might have been scrubbed of her info.

5. Nancy Corrine Pelosi: Age Unknown
Only a NYtimes article saying she married in 1995

~~~~
I do suspect Nancy was running or planning to convey (both directions) information and money (Foundation funds are frozen)_ in that military jet. We’ve been going through ever increasing tension waiting for “it” to happen and the stress has to be hard on a criminal in her 70’s. I think she doesn’t KNOW when/what is going to happen and planned to be out of town.

I wondered that, if it’s true her family was going with her (all of them), well then why ALL of them? If she is running, I believe it’s possible her ENTIRE family was going with her because they’ve all gotten used to, or had links to, her ill gotten gains. Were she to make it to CIA stronghold in Afghanistan, and then arrange for more comfortable living in other countries (w/o extradition), I believe the NSA could “cut off” timely delivery of kick back money to her children and grand children. Some of her children may have gotten used to living like royalty and are unprepared for “normal” (financial) lives.

Some of her family members may have been tainted with her activities themselves (i.e., the daughter elected 5 times to the criminal organization known as the DNC). She might want them arrayed around her, doing her dirty work, because she trusts them. That might be why there’s no info on some of her kids.

For the potentially innocent family members (e.g., those not partaking of her criminal gains), imagine the social fall from grace and suspicion (e.g., hmmmm....I wonder who bought the kid her nice car/house?)

I wonder if she’s on a no-fly list, or doesn’t know if she’s on a no (commercial) fly list, and so she bowed out claiming Trump “exposed” her travel plans? Hate to get up to the counter and be denied boarding, but fine to be seen standing in line.

I think it’s suspicious that the Mockingbird press did not rush to defend her by saying, “NO SHE’S NOT TAKING HER FAMILY!” and provide (fake) proof. I think it odd that there are ZERO pictures of Nancy’s (almost) great adventure. That may be why it will be impossible to get verification that her family was/wasn’t with her - the press has decided we don’t need to know. I assume Tom Fitton will FOIA it, eventually.

With a net worth of MORE than $140 million (tip of the iceberg), she could have put everyone on Commercial flight like it ain’t no thang, but she didn’t. :/ Well, I took a second to google Denver Airport murals and found this:

Ever since DIA opened to the public on February 28, 1995, after numerous delays and nearly $2 billion over budget, the airport has been a hub not only for United and Frontier, but also for our nation’s most salacious airport-themed conspiracy theories. The demonic horse greeting visitors, the apocalyptic murals, the involvement of the Freemasons, and the many other oddities relating to the airport and its construction have provided endless fodder for DIA truthers, hysteria-mongers, and late-night television hosts.

So there’s that. Knowing what we know now, we should probably revisit the Illuminati/ Freemason connections.

She even had resting beeatch face in high school.

Is it against law or protocols for any POTUS to interview potential Supreme Court replacements, any time he chooses, in any event?

For instance, I have been assuming Trump was and is doing the same thing, particularly given the long list of candidates he delivered to the public, during his campaign.

Yes, it’s true that interviewing someone in a clandestine manner for a SCJ, is Not a good look to be discovered, when a SC Justice passes away in a curiously remote location, but, Scalia elected to go on this lodge trip, apparently independent of any known coercion.

Is this yet unproven “conclusion” something from Q, or is it from some zealous conspiracy hunters flogging a fresh news release to whip up some cray cray? ???

Many websites tout the benefits of amygdalin compound from apricots...” (also called nitriloside, purasin, and vitamin B17) for cancer. Though these sites post stories of personal successes after using it, the scientific proof simply isn’t there.

FWIW I read on another forum that diplomatic flights or military are not subject to searches and she could be smuggling all kinds of stuff around the globe.

Not so on a commercial flight.

879 posted on 01/20/2019 12:41:05 AM PST by ransomnote (IN GOD WE TRUST)
[ Post Reply | Private Reply | To 878 | View Replies]
To: wastedyears
CERN raised eyebrows with a Satanic ceremony to dedicate the new tunnel. here's an excerpt of skypilot's prior post re CERN's dedication ceremony (Note the video of that ceremony is more disturbing): 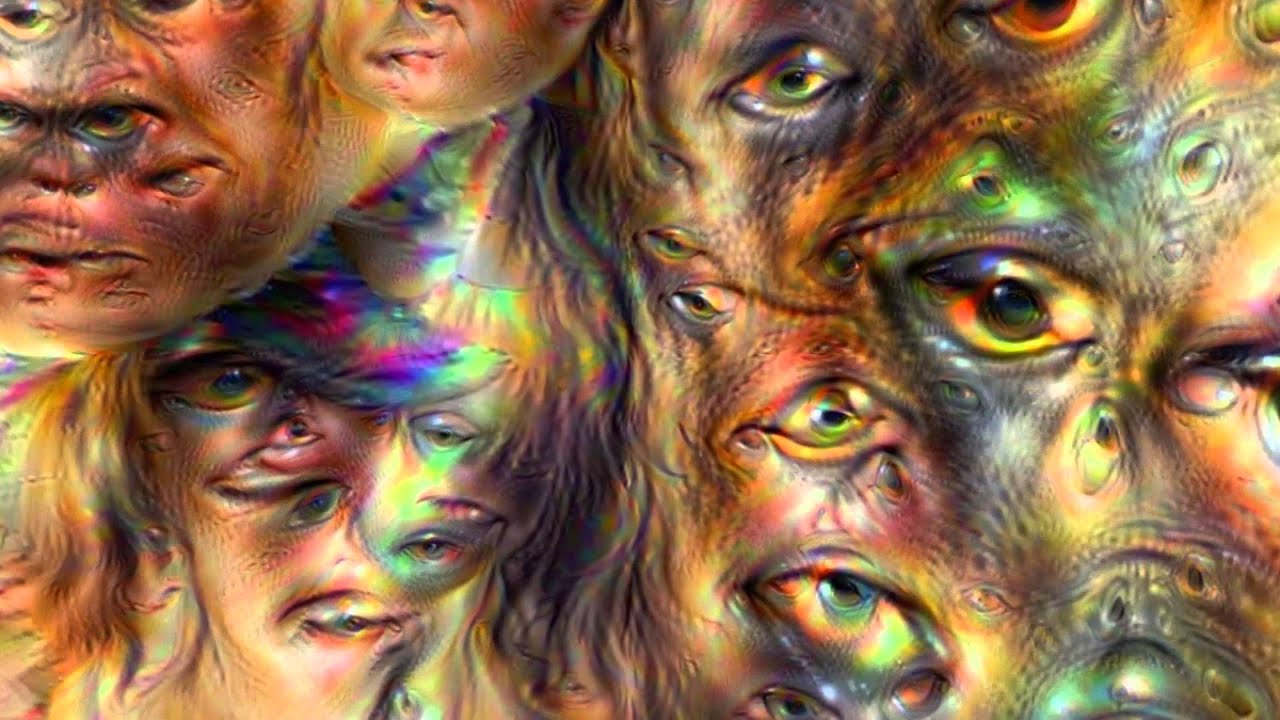 Below is an image from the Satanic ceremony of the Gotthard Base Tunnel Opening Ceremony. 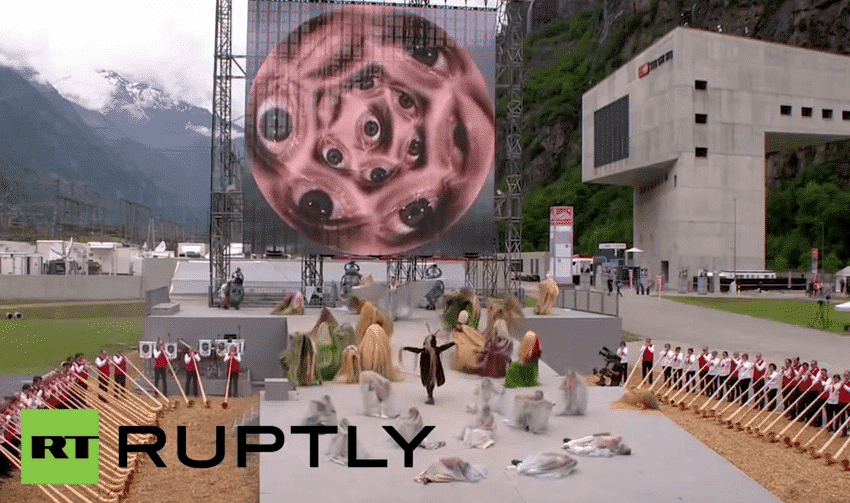 I think the takeaway here is that Evil is real (Ephesians 6:12). The Bible tells us that what we see and perceive is not he whole story. Demonic activity, and Satan, are real. But that also means that God is also real.

Whatever it is that these globalists/Satanists/elitists/Deep State players, etc. are messing around with, it isn't good.